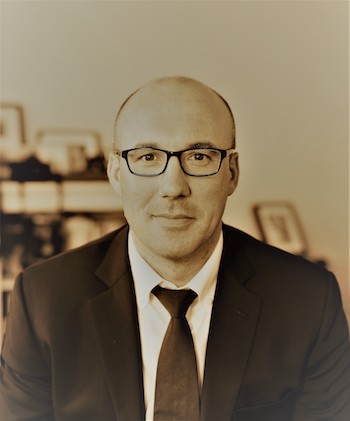 Since I was a little boy toddling around Boston, I’ve loved reading, writing, great fiction, history, current events, and piles and piles of books. However, becoming an author has been an unorthodox journey.

In addition to diving into J.R.R. Tolkein, Stephen King, Robert Ludlum, and Bernard Cornwell long before I truly understood what I was reading, I wanted to be a US Marine. I blame my grandparents and parents for this, and for the first ten years of my professional life, I was a Marine infantryman serving around the world both in and out of warzones. But whenever I went overseas, the books and notepads came with me.

After ten years I left the Marines, worked as a consultant for a time, and then was recruited by the CIA to be a paramilitary officer. I won’t go into the details of my time with the Agency except to say that this was when I started gravitating toward becoming a professional writer.

Since then, I co-authored Open Skies: My Life as Afghanistan’s First Female Pilot with Niloofar Rahmani, and my debut novel, Landslide, released on 20 September 2022. I’ve also worked with other writers as a developmental editor on books concerning the Kennedys and the Vietnam War, as well as forthcoming science fiction novels. I’ve had the pleasure of collaborating with Robert Ludlum’s former editor, Richard Marek, and the professionals who brought Die Hard, Death Wish, and American Sniper from print to screen. To say I feel lucky would be an understatement.

I received both my bachelor’s and master’s degrees from Georgetown University and now live on the West Coast. You can find a list of my favorite books and those I consider noteworthy under The Reading Corner. Feel free to check back frequently for updates and new reviews.