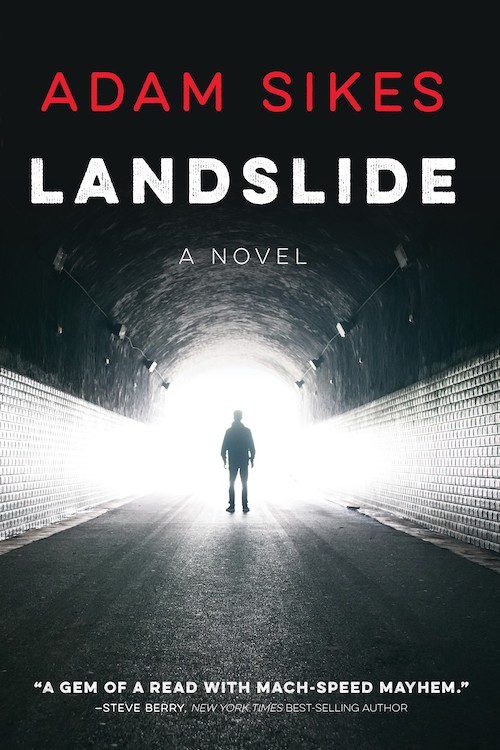 Between 1 December 2022 and 31 January 2023, all author proceeds will be donated to help the innocent civilians affected by the war in Ukraine

US Marine veteran Mason Hackett moved to London to start his life over, and he’s done his best to convince himself that what happened fifteen years ago doesn’t matter—the people he killed, the men he lost, the lives he ruined. But when Mason sees the face of a dead friend flash on a television screen, and then receives a mysterious email referencing a CIA operation gone bad, he can no longer ignore his inner demons.

Driven by loyalty and a need to uncover the truth, Mason launches on a perilous journey from the Czech Republic to Romania toward the war-torn separatist region in eastern Ukraine to honor a fifteen-year-old promise. The answers he seeks—the fate of a friend and his connection to the underworld of international arms dealers and defense corporations—throw Mason into the cauldron of a covert war where no one can be trusted.

“Landslide is not only a gripping geo-political thriller, but a morally-complex tale. It grapples with fraught questions of both individual and national loyalty as well as killing and the grim realities of war. I read this book over the course of two-white knuckled days that I won’t soon forget. Adam Sikes is a huge talent.”
—Elliot Ackerman, New York Times bestselling author of 2034

“A gem of a read with mach-speed mayhem, loaded with rich detail from a writer who knows what he’s talking about.”
—Steve Berry, New York Times bestselling author of The Kaiser’s Web

“Landslide is a seismic quake of an international, high-stakes thriller in the grand tradition of Daniel Silva, Brad Thor, and Brad Taylor. Adam Sikes has penned a seminal effort that’s bracingly effective in its portrayal of current geopolitical dynamics through the eyes of former Marine, and current expatriate, Mason Hackett. A terrific tapestry of a tale with the kind of stitching that would make the likes of Alistair MacLean and Frederick Forsyth take notice.”
—Jon Land, USA Today bestselling author of the Caitlin Strong series

“Former Marine Sikes makes his fiction debut with a strong series launch. When former Marine officer Mason Hackett, a combat veteran now working for a London global financial firm, sees the picture on TV of a freelance journalist kidnapped in Ukraine, he’s startled to recognize his former best friend and brother-in-arms, Kevin Gomez, who he believed was killed in action in Iraq 15 years earlier. Mason soon receives an email from Gomez (“If you’re getting this, it means something has gone wrong and I need your help”), asking him to contact Doug Mitchell, a CIA operative. From Mitchell, Mason learns Gomez’s death was faked for his entry into an ultra-secret division of the CIA, but Mitchell has no intention of trying to rescue Gomez. Haunted by his own past sins as a warrior, Mason resolves to ransom his friend’s freedom. Mason’s plans can feel half-baked, but luckily there’s always a new contact with a better one. Sikes imbues the emotionally complex Mason with a palpable sense of grief. Readers will look forward to his further adventures.”
—Publishers Weekly